Skip to the content
HomeLagos StreetlifeNOTHING GOOD HAPPENS AFTER 2 A.M.

NOTHING GOOD HAPPENS AFTER 2 A.M.

This is a lullaby my elder sister always sang to me growing up, “Girl child, listen well. Be in bed by midnight’s bell. Its the witching hour and they’ve cast a spell. Decisions made would be a story to tell, Nothing good happens after 2 a.m.” Of course this isn’t a rule on the surface, just that once the clock strikes 2 in the morning you should really get to bed because quite honestly you have been up for a while and your judgment is a bit impaired. I know the city comes alive at nighttime but so does the underworld. Needless to say, JUST GO TO BED! On Friday, after a fun happy hour at the office My ride home (let’s call him Mike) and I decided we wanted to continue the fun in a different location. Nestled between a supermarket and a car park is a maroon colored gate that opened to a tiny passageway, you had to follow the twinkling starlight as a guide to an arena of experimental and grunge performances.

THIS IS A LULLABY MY ELDER SISTER ALWAYS SANG TO ME GROWING UP, “GIRL CHILD, LISTEN WELL. BE IN BED BY MIDNIGHT’S BELL… NOTHING GOOD HAPPENS AFTER  2 A.M.

I was at a queer underground Club, underground because being queer is not yet accepted in Nigeria. As we stepped in we were given a pill to take, this was to make sure everyone was on the same energy, a group of drag queens gave Mike and I dance lessons first to loosen us up and as everyone took the center stage it was clear we were all awful dancers, we cheered, danced, drank, laughed, smoked, and I totally forgot that I was in a room filled with strangers. As wild as it would get eventually you could just tell that it was a safe space and we were all unabashedly and completely ourselves. This was where we met beautiful and full of life Flo, a crossdresser.

Flo was gregariously friendly, and we hit it off immediately. He identifies as gender fluid and doesn’t intend to live full time as a female or transition physically but enjoys the company of other men while dressed as a female. Though he was Five foot four just like me, he walked with so much confidence that everyone in the room gravitated towards him. I could never pull off the sexy sheer body suit he wore, it was pale pink and had a lemon fringe that highlighted his torso, the way the disco lights shone on his skin, when he walked past you, you almost catch yourself taking a deep breath. I was envious of the couple he had started the night dancing with and when he finally settled on Mike and I, we felt so lucky.

Flo is a very beautiful human. It was almost 2am, Flo, Mike and I had been talking for what would seem like hours, we ditched the club to drive round the city, we drove past the red lights districts then decided to add a bit of spice to our group by picking up a sex worker. The decision to pick up a sex worker came from one of the many conversations we had earlier that night, the criminalization of a divergent sect perpetuates stigma, violence, and impunity, which further endangers the health and safety of said sect. Sex work is work like every other sells sexual services in order to earn a livelihood same way every other person sells a service to earn a living. Although many sex workers struggle with poverty and destitution and they choose sex work because this the best option for them and it offers better pay and more flexible conditions than other jobs, other sex workers pursue sex work to explore and express their sexuality.

We wanted to have a conversation with a sex worker on what led to her current choice, we drove round the red light districts of Ikeja twice before We finally found someone willing to speak to us, Shade. Shade was standing alone at the corner of an aboki shop, as she saw us approaching she pulled her blouse to show more cleavage and touched up her hair. She leaned into the passenger window and blew a heavy smoke into the car, she told us her rate is 5k per hour, we were going to give her more than that if she was wiling to have a fun night with us. She got into the car, drank with us and told us her tear jerking story, when it was all over we decided to drop her off at home instead of taking her back to the street and we promised to be in touch with her. After dropping her at the gate of her home, Mike was putting the car in reverse when we heard the unmistakable voice of our just alighted guest Shade shouting in Yoruba “mi o ni gba, koni da fun iya yin” instinctively Flo and I ran out of the car while Mike tried finding a better place to park.

Getting into her compound, from what we gathered Shade had come home unexpectedly and caught her neighbour with her underage sister, as we tried to dispel the crowd that had gathered within that short period some guy noticed Flo and the attention was diverted to him, the area boys cornered him and started hitting him and calling him “man wey dey act like woman”, I tried to speak on his behalf but Mike beckoned on me not say anything as it wasn’t going to be safe for either of us, Flo kept on looking at Mike and I waiting for us to do something or say something but we were scared and outnumbered, they kept on making threats and tore his beautiful play suit while the crowd silently cheered, they were about to prove a point by putting a stick inside him when Flo wriggled his hand high enough to use a pocket knife he apparently had all along and gave deep cut on the face of one of the guys then chaos started. There was a lot of blood, some shouting and out of nowhere sporadic shooting, everyone began to run.

I did not know where I was running to or how long I was running, I just knew that at some point my legs became weaker and the voices got closer, then I fell face flat on some pile of dirt. Three very dutiful policemen saw me on the floor crying and looking disheveled then thought to arrest me for prostitution. One of them began to drag me all the way to his van, but somehow he stumbled on the same pile of dirt I had fell on, this gave me a split second to break free and run like I had never before, all I knew at that moment was that ending up with the police would be the worst ending to this already tragic night. I ran barefoot and my legs hurt more than I could imagine, until I saw Mike driving towards me, I asked if he saw Flo, he said he had searched over and over again for both of us and I was the only one that turned up as he was giving up and about to drive home.

We drove to Mikes home silently, I went to the shower first, pulled off my clothes and cried so loudly Mike came into the shower, held me close to his big shoulders and comforted me, then he carried me to the bed where I sobbed some more thinking of Flo and hoping he is safe. Before we slept off Mike and I promised to go over to the club the next day to look for Flo, hoping somehow he had found a way to get back home and doesn’t completely regret her decision to hang with us after 2am. 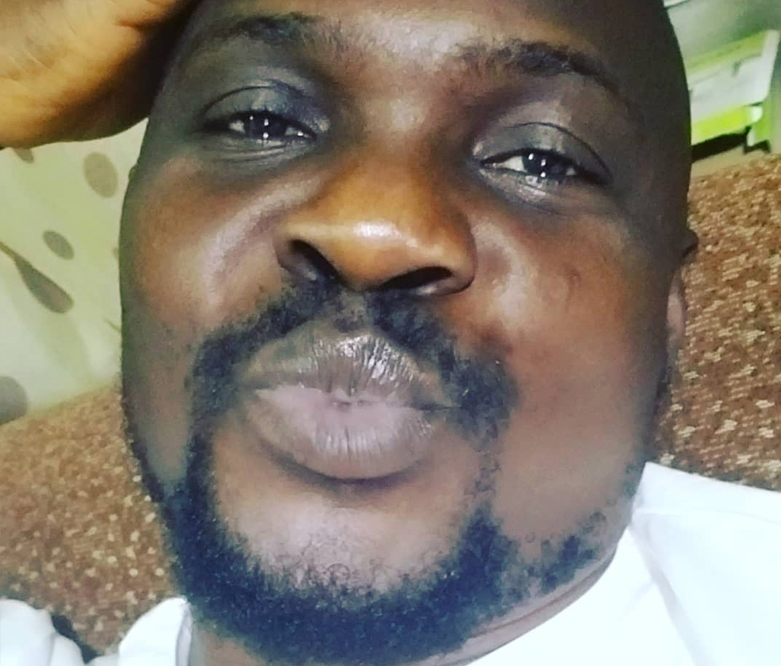 BABA IJESHA AND HIS DARK SIDE